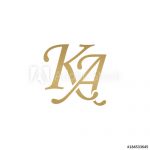 Ka is the first consonant in the Sanskrit alphabet, although, since Sanskrit is a syllabic language, one should say that it is the first consonantal-syllabic. Ka is also the ordinary word for who. It was used in an agnostic hymn of the Rigveda that asked “who” created all this, and when it had become inconceivable that a Vedic hymn should be agnostic, it became a symbol of and word for the creator: Prajapati according to the Mahabharata and Brahma according to Agni Purana.