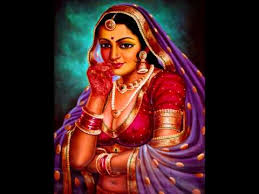 Tilottama was an example of robotics, according to the modern Hindu idea that every form of knowledge, including modern science, can be found in the Vedas and Puranas. Tilottama had to be made from all the elements of beauty, animate and inanimate, to make a woman who would enchant two demons (asuras). Tilottama was put together by the divine architect, Vishvakarman. Brahma had made his usual mistake and granted invincibility to the asuras Sunda and Upasunda. They needed to be tricked into fighting each other, as that was the only loophole in the boon. Therefore, Brahma instructed Vishvakarman to make Tilot­tama. Before she went to earth she worshipped the devas (gods) by the custom of circling them (circumambulation, or pradakshina). Siva was so enamored by Tilottama that he created a face on each side of his head so that he could always see her. And Indra instantly produced a thousand eyes for the same purpose.
Sunda and Upasunda had conquered the three worlds and sent the devas away in terror, but now they met their match. They both fell in love with Tilottama and fought to the death for her, killing each other. However, the story does not end there. The Padma Purana corrected the Mahabharata’s story of the cre­ation of Tilottama by Vishvakarman. It told the story that an ugly widow named Kubja spent eight years doing auspicious ceremonies that culminated in a purifi­cation bath (Magha puja). Kubja was reborn as Tilottama. Her austerities led to the return of the proper order in heaven.