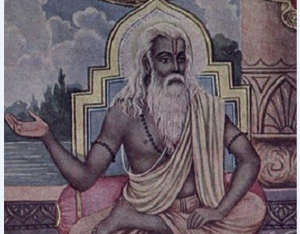 The Aurva myth was told only in the Mahabharata and portrayed a time of mutual killings between the ksatriyas and brahmins. It took some of the motifs of the Agni myth cycle, such as the submarine fire, and reshaped them, portray­ing the fiery priest Aurva, whose horse-headed descendants would consume the world at the end of the age. The Aurva myth may have been a model for that of the later Parasu-Rama incarnation in the Puranas.
A generous king named Kritavirya made the priestly descendants of the sage Bhrigu very rich. But with his death the kingdom and its ruling family fell on hard times. They asked the Bhrigus for help but were refused and felt humili­ated. When they learned that some of the priests had hidden their wealth in the ground, the impoverished ksatriyas vowed to kill them all. So a slaughter of the Bhrigus (also called Bhargavas) began. Even women and children were killed. One woman hid her unborn child in her thigh, but the ksatriyas learned of it. As she fled from their pursuit, she fell, and her thigh split open. A boy too bright to be looked at fell from her thigh (uru), and thus he was called Aurva (of the thigh). As he grew, his austerities (tapas) frightened both gods and men. After years of wrath against the ks’atriyas, only his ancestor spirits (pitris) were able to get him to release his anger. When he threw it into the sea, it became a fiery being with the face of a horse that was called Hayashiras (another name in the Vedas for the sacrifice itself, yajna).
Aurva retreated to the forest and while there stopped the sati (widow-burn­ing) of the pregnant wife of King Bahu. She finally delivered, after carrying the baby for seven years. Aurva became the child’s protector and named him Sagara (ocean). Aurva gave him the fiery weapon of Agni, the Agneyastra, which later helped Sagara conquer barbarian invaders. One account stated that Aurva had a son named Ricika. Another version stated that he begat progeny who began destroying the world. Brahma had to intervene and gave an abode to them in the “mouth of the ocean” so that together they could consume the world with fire at the end of each age. Asura was clearly linked in this version with the subma­rine fire.