BRAHMAN – An early term; the Absolute 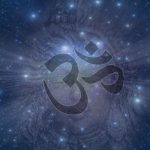 The word brahman is more context-sensitive than most Sanskrit terms. It is neuter in gender and evolved into one of the most important concepts in Hindu theology and philosophy. For one school of Hinduism Brahman came to mean the Absolute as impersonal and formless—and should be capitalized in English. It could not be described in terms of anything lessereven the most well-mean­ing personifications and projections that worshippers might attribute to the divine.
In the earliest sections of the Vedas, however, brahman was used to mean the magic power behind the efficacy of the Vedic sacrifices or the performative power in the prayers or chants of the priests. As such it was associated with vac (speech, personified as a goddess) and prana (breath; later, energy). Brahman was all the enigmas of the universe. It is not surprising that throughout the centuries brahmins were associated with Brahman, because the prayers (brahmanas) were performed by the brahmins. Any confusion among these three terms was advan­tageous to the priests. Some scriptures and myths taught that the priests were gods on earth. However, such personifications were misrepresentations of a term that denies every comparison. (Neti. Neti. Not this. Not this. The Absolute was not to be described at all, declared the Upanishads.)
But in later mythology Brahman was neither the hidden power behind the verbal contest in the brahmodya (contests in sacred knowledge) at the horse sac­rifice (asvamedha) nor the only reality that exists of itself. Brahman became another superlative for whatever supreme god was being worshipped. The great modern teacher, Shri Ramakrishna, used to say that Brahman and the Great Mother Kali were the same. That kind of identification was also made in Hindu mythology that the infinite and the finite were the same.