GOTAMA – A sage mentioned in the Rigveda 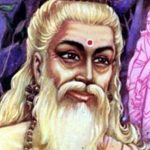 This sage was probably a historical person of the Vedic period. Gotama, son of Rahugana, was not the sage Gautama, husband of Ahalya. There were many ref­erences to Gotama in the Rigveda. He wrote hymns contained in the seventy- fourth sukta of the thirteenth anuvaka of the first mandala of the Rigveda.
There are two versions of a story about a well. Once Gotama was very thirsty and asked the Maruts for some water. The Maruts took a whole well to him and poured the water into a pot at his hermitage (asrama). Another version said that it was not the Maruts but the Asivinidevas who took the well to the asrama of Gotama. Because references to myths in the Rigveda were usually incomplete and seemed to presuppose the hearers’ knowledge of the story’s con­text and meaning, we are left to puzzle over its point. Having the gods bring a well of water to a sage would seem to prove the greatness of this sage, but if that was the point, one would think Gotama would have received more mention in later mythology.