ISVARA – The general term for the most powerful god 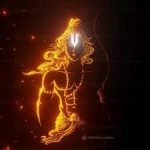 There are three terms (isa, isana, isvara) that all come from the root, is (to have power). All can be translated as “lord,” or “the one who possesses power.” Theseterms were applied to many of the devas in the Vedic period—Indra, Mitra, Varuna, Soma, and Savitri. In late Vedic texts Rudra, linked to Siva, was called isana, master, or “the ruling one.” Purusha was also called the isvara of immor­tality and the immortal and imperishable isa (in the Svetasvatara Upanishad).
In later periods these terms came to be used exclusively for a god seen as the Supreme Being (either Vishnu or Siva). That is why the term deva is sometimes translated demigod when it is used for the gods who are not supreme, to distin­guish them from the Supreme. The term isvari meant “princess,” but could also be used to indicate the Supreme as the Great Mother.